Don’t Throw Away Your Shot! LikeSo for Auditions 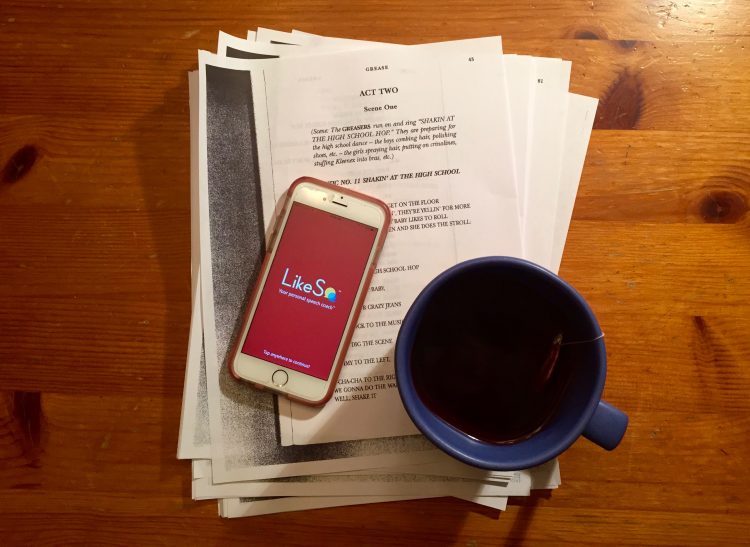 I was thrilled to reunite with a friend from my Broadway theatre days when we were “younger than springtime,” “side by side by side,” and dared to “dream the impossible dream.”  No, we were not performing on stage, but the junior publicists behind the stage promoting shows like Les Miserables, Phantom of the Opera and Cats.

Now, years later, I am a communications consultant and app creator, and Larry is a successful TV-writer/director, and, as always, hilarious and keenly perceptive. I told him about my app, LikeSo: Your Personal Speech Coach, and my mission to not let the sound of our own voices get in the way of success. He had a lot to offer.

According to Larry, when young actors read for parts, their speech is often riddled with filler words (like, ya know, totally, whatever!).  Their use of uptalk, that upward glide that turns would-be statements into questions, and vocal fry, the low-pitch creaky sound, rattle his ears.  Larry said that all of these verbal habits make actors sound distracted, disinterested and ineloquent.  And, when these habits work there way into the audition room….take two!

“The use of verbal crutches is another way to hide ourselves from the world because even if we’re saying what we mean, we don’t sound like it,” said my niece Naomi, actor and theatre apprentice.”

The growing popularity and contagion of verbal habits is both a new pop language trend and the bane of cultured communication. Like any habit, changing our behavior just takes desire and practice.  The trick is to be aware of our speech patterns and not let the use of verbal habits take the sizzle out of auditions, on-the-fly improvisations, or even a hot date.

“You need to practice because what happens in rehearsal comes out on stage,”  said Naomi.

I believe that being a powerful, persuasive, articulate speaker is the single most pivotal skill that gets us ahead in life.  This passion fueled my creation of LikeSo, an app that helps us all practice speaking articulately, confidently, and without all of those “likes” and “sos”!

And, I had actors in mind. 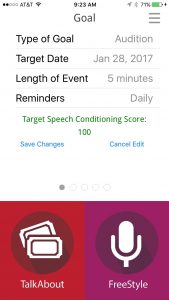 When you play LikeSo, you can choose a Goal from a list of potential speaking opportunities – Presentation, Speech, Interview, Toast, Pitch, Debate, and yes, Audition.

LikeSo has two modes, FreeStyle, your open mic, and TalkAbout, a conversation game to practice speaking on the fly.  Using voice recognition technology, LikeSo captures your words and at completion, presents an analysis of the talk session and results, including which filler words were used and your rate of speech (150 words per minute considered optimal pacing).  Save your results and see that practice makes progress!

With LikeSo, I hope everyone will practice being compelling, confident and eloquent speakers. And I hope that actors will find LikeSo to be a helpful rehearsal tool, so they don’t “throw away their shot!” 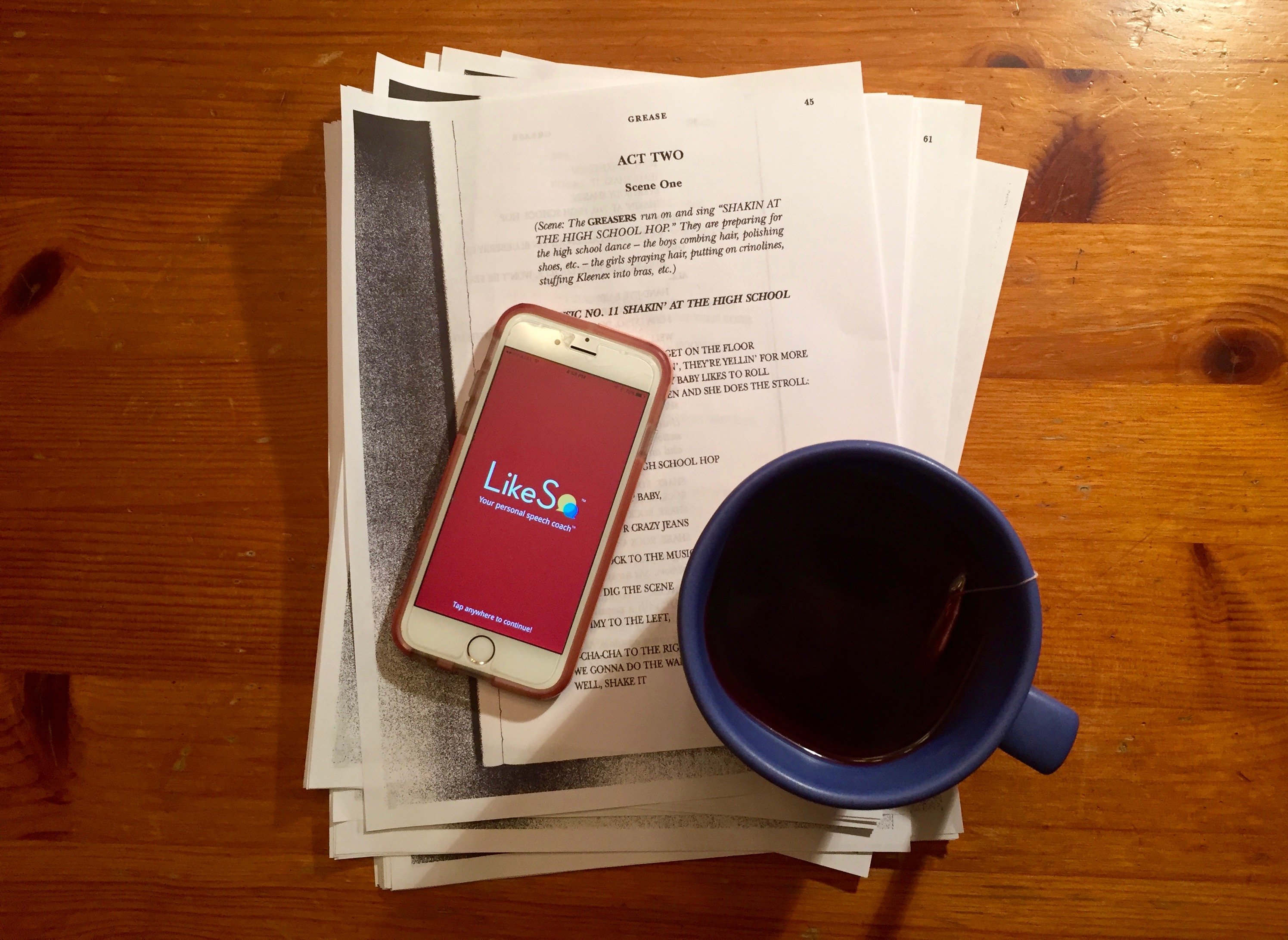